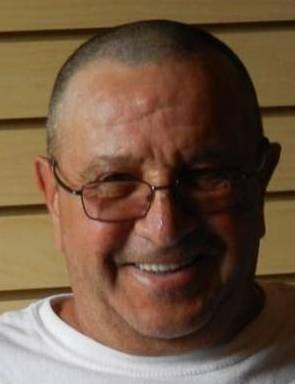 Sylvio enjoyed watching his wife paint and was inspired also by his brother who continued to paint although a stroke had left him debilitated.  He would watch with wonder as his brother learned to cope with one arm…and even painted at times with his feet.  Sylvio did not feel that he could do it although he truly wanted to try his hand at painting also.  Encouraged by his wife who mentored him, Sylvio discovered that he was indeed able to paint.  He chuckles as he explains, “When her blue eyes would look at me in that certain way, I knew I’d better pick up my brush and try again!”  He was surprised at what he could do…but more importantly, he was surprised at how much he enjoyed painting. 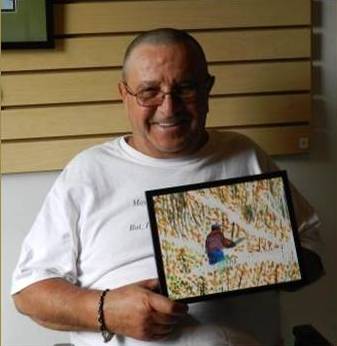 Sylvio is a man who enjoys the land.  He remembers how good it felt to work together with his wife to clear their property in Quebec.  They would camp in their trailer and throughout the days, they would cut trees and clear brush on their waterfront property. 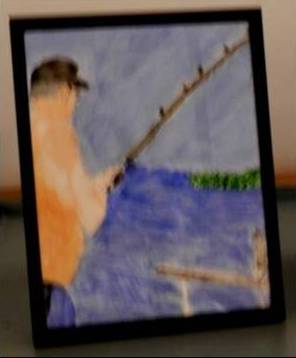 Sylvio’s work has a charm that is very appealing.  His goal  is to continue to have fun with painting and to become gradually more independent in his artistic expressions
Powered by